In 2005, MySpace became the most visited social media site and everyone spent most of their social media focused time and effort on it! Yet in 2008, its glory days ended and Facebook was at the top while Myspace engagement quickly dwindled. Today, many are starting to ask: Is the future going to be the same for Facebook? Is Facebook dying like MySpace did? In this episode of the vlog, I’m sharing some big signs that Facebook may be dying, but few other reasons why it has its best days ahead. 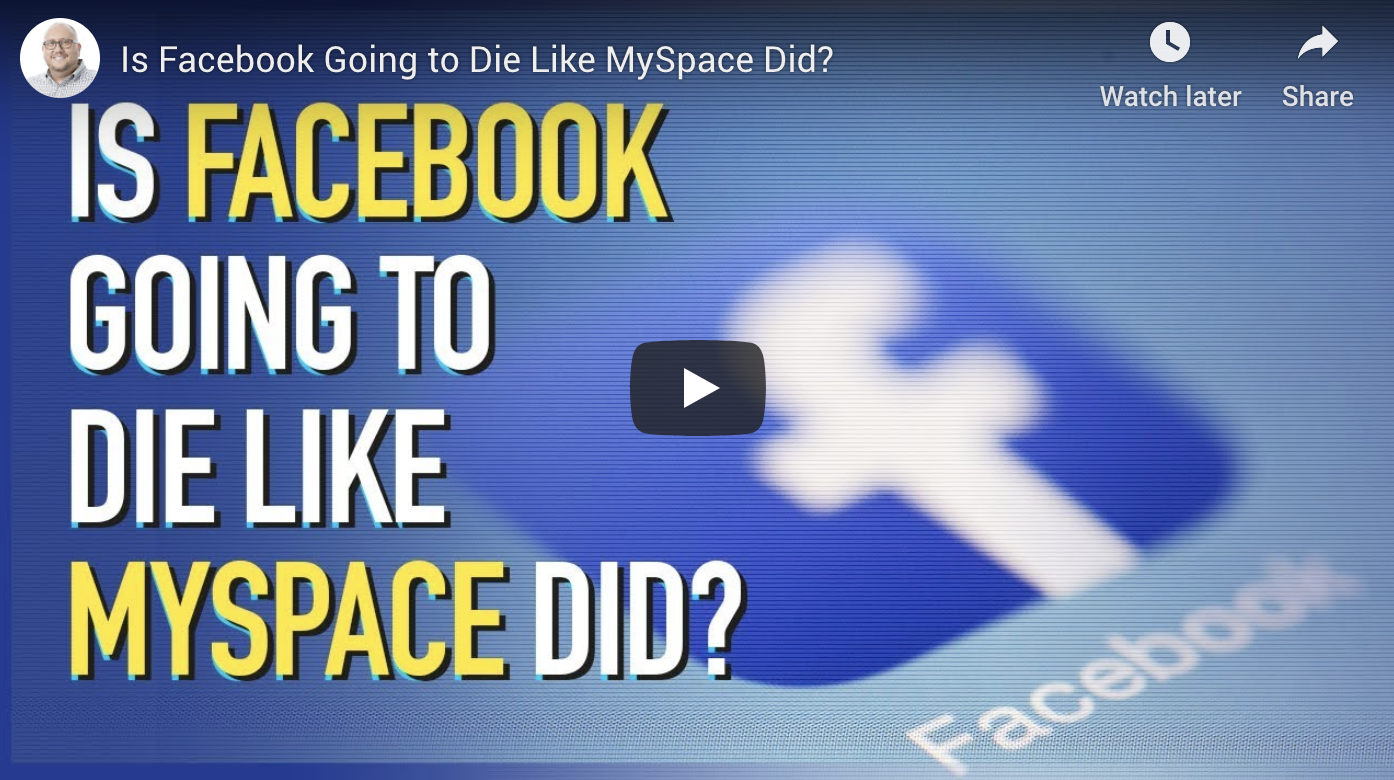