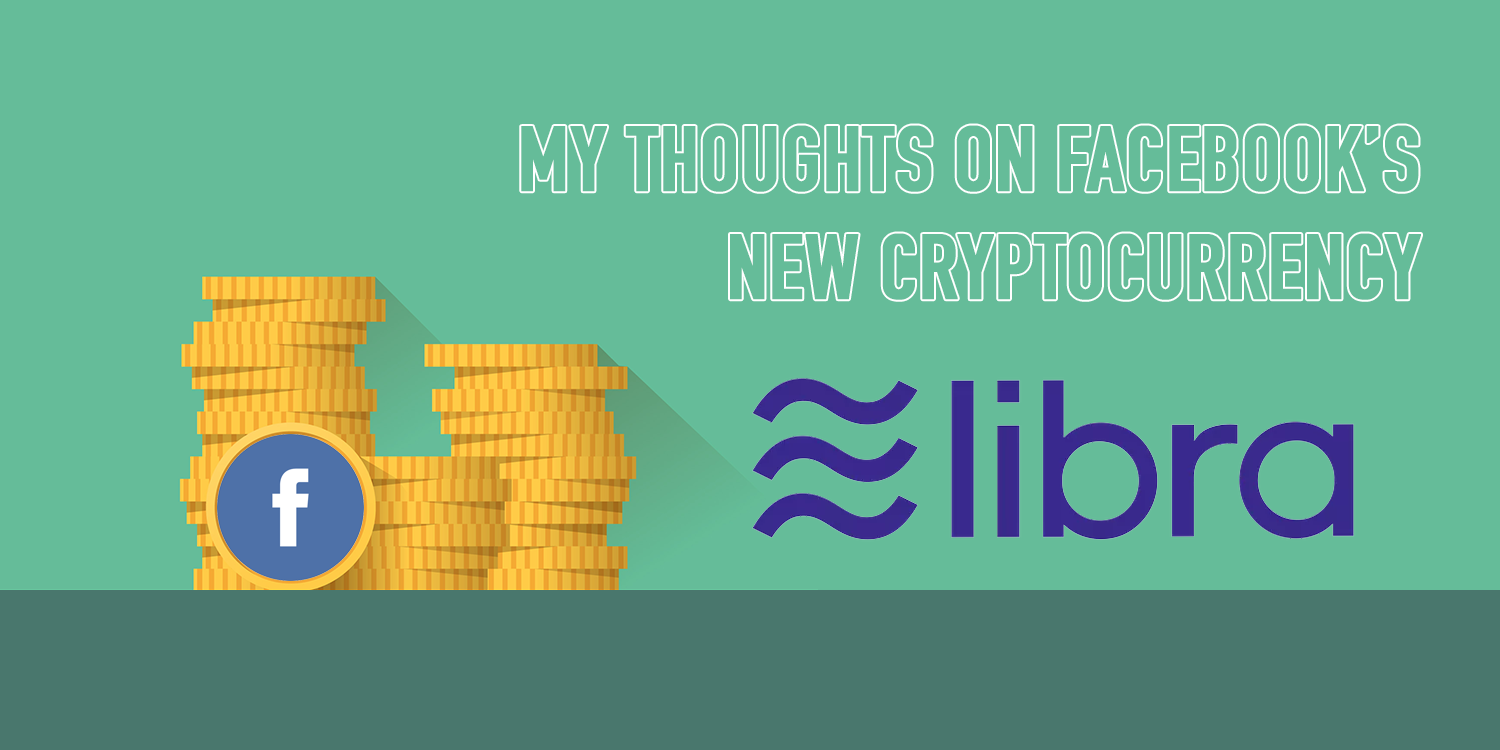 I think Facebook just created the Facebook of Cryptocurrency. Yes, that would make Bitcoin the Myspace of the crypto world.

If you haven’t heard, Facebook announced that they will be joining with 100 different partners including companies like Mastercard, Uber and PayPal. I think the best summary from Libra’s whitepaper that explains the currency is in these 3 core points:

Let me quickly explain each point:
1. Libra is built on the same powerful technology that Bitcoin was built on: blockchain. While many have challenged the merits of cryptocurrency, few question the power, security and scale of blockchain technology.

2. The Libra Association will hold a collective of fiat currencies as reserve that will give the “stable coin” (Libra cryptocurrency) base value and stability that differentiates the Libra from most other cryptocurrencies.

Here are my initial thoughts:

Here are 3 more reasons I think Libra is going to succeed:

So, back to Libra being the Facebook of Cryptocurrency.

Myspace was awesome! We had our Top 8. We could have our favorite music playing on our page. We could design our background and it was truly our own customized space.

Bitcoin has set an incredible foundation for cryptocurrency. While Tom was friends with all of us, none of us really know who Satoshi Nakomoto really is. Bitcoin will likely continue to grow on the back of Libra, but I think there are some core flaws (like not even knowing who created it) connected to Bitcoin that will allow Libra to fly by and be the cryptocurrency for the masses. Myspace.com still exists and Tom is doing just fine. It’s just not Facebook. Facebook is the social network that now has almost 3 billion active users. It wouldn’t be what it is without the foundation that Myspace established and I think Bitcoin will serve the same function for Libra.

Time will tell! The exciting part is that it won’t be too much time as Libra is set to launch in 2020!

To learn more about Libra you can go to https://libra.org.

I would also love for you to consider reading Crypto for Good: Demystifying Cryptocurrencies for the Nonprofit Leader. This is a book I co-wrote with my friend, Nick Runyon.