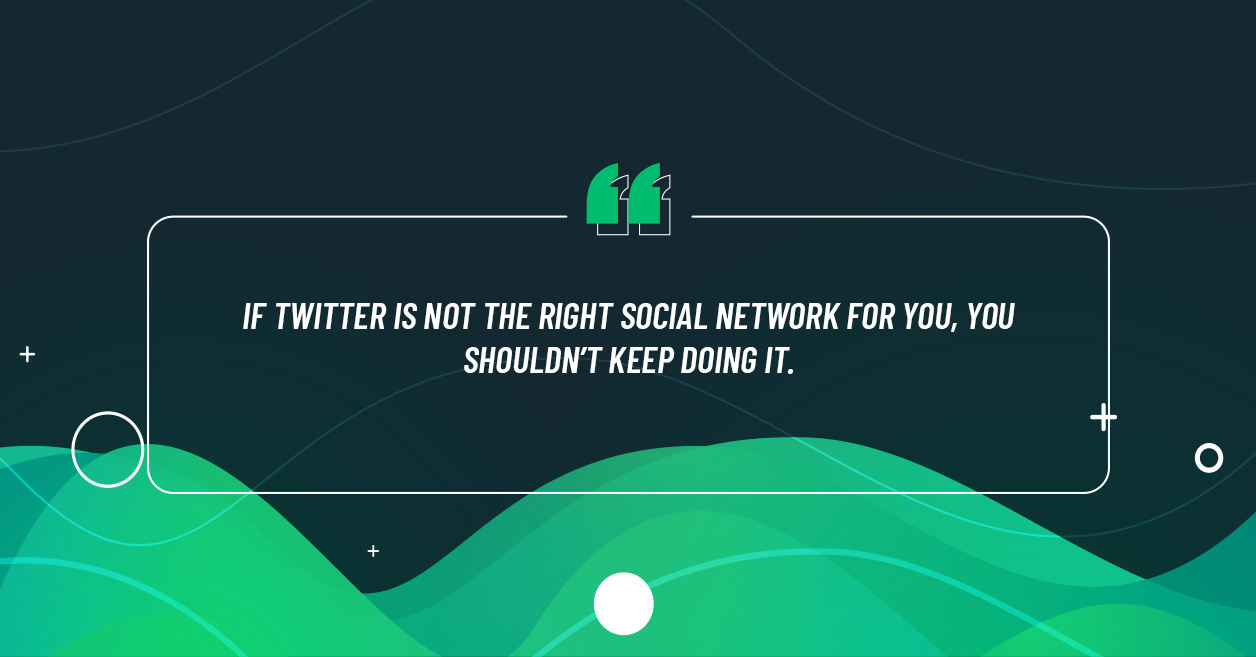 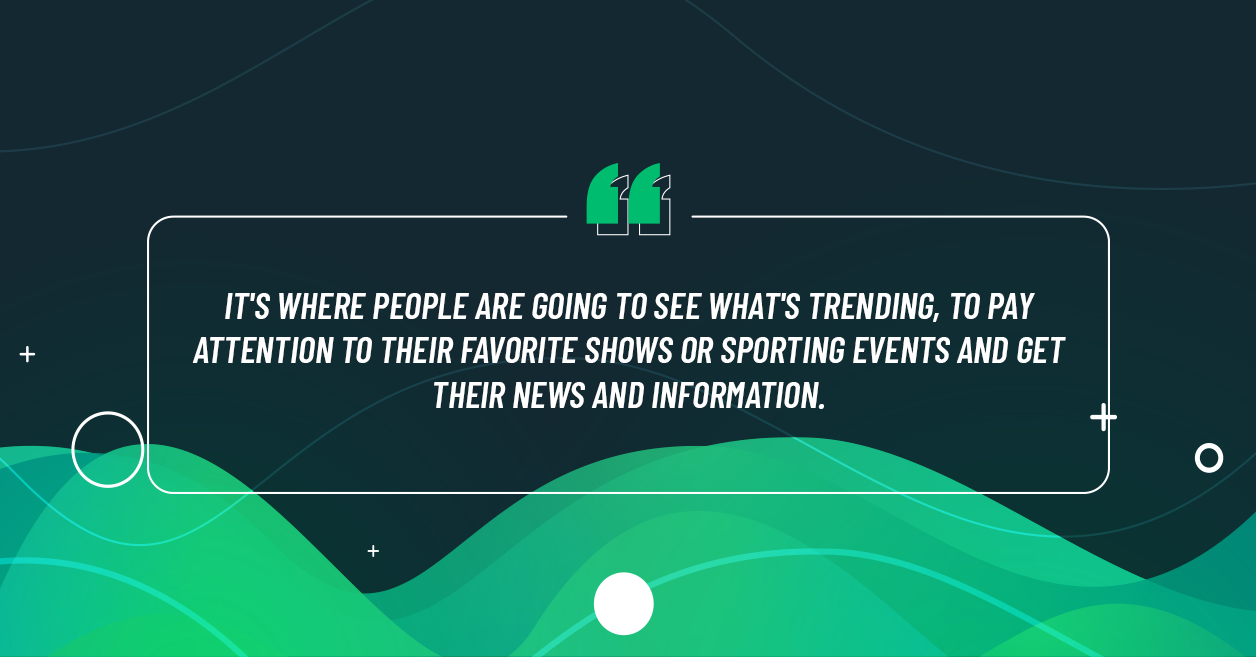 So you get a less than 1% engagement rate with your content. That's significant. And so there are some accounts and some people that get really great engagement on Twitter. And there are other people that used to get great engagement on Twitter and they're no longer because people are on Twitter for different reasons. Now, it's primarily used as a news app now. And so it's where people are going to see what's trending, to pay attention to their favorite shows or sporting events and get their news and information. It’s one of The Charisma of Twitter. They're not necessarily there just to socially catch up on what's going on with their friends and family.

They're there to get their news and information. They're going on Facebook and Instagram to keep up with friends and family. And so, if you're just there for personal engagement and connection, it might be time to bail. 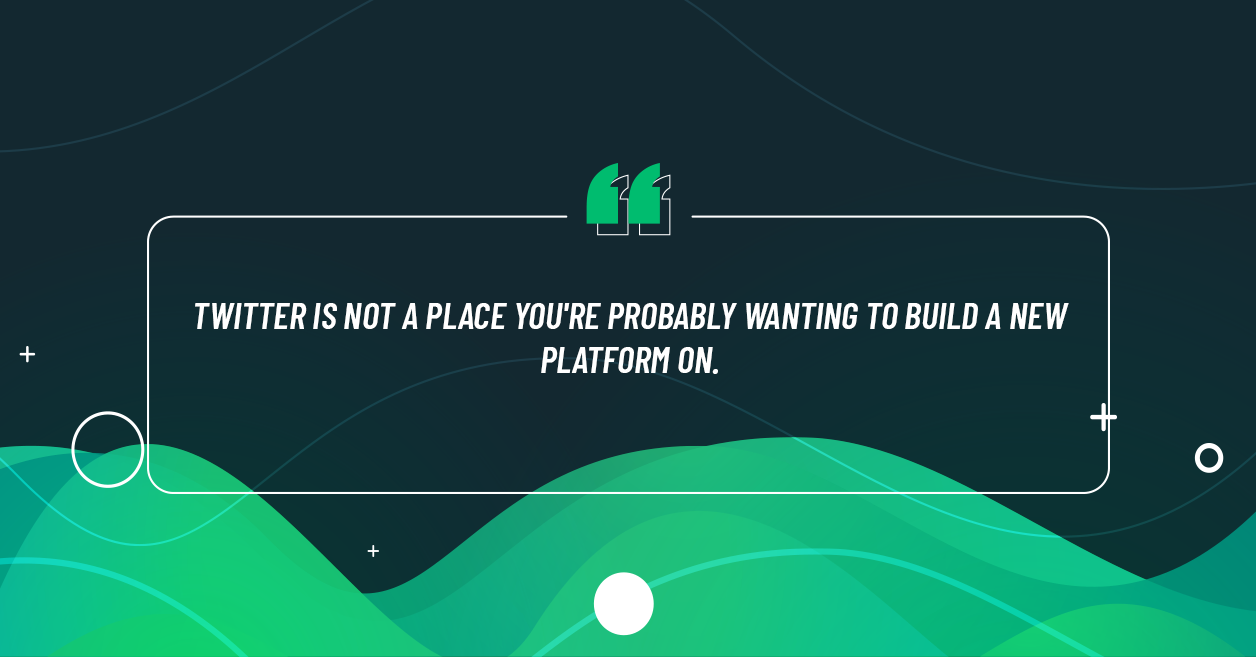 Another reason it might be time to bail, or maybe it's time for you to not get in is if you're not on Twitter in 2021. You've never been on Twitter and you're like, oh, should I set up a Twitter account? Should You Be Tweeting randomly? Probably not. It's probably not the time to jump into Twitter as a new platform within your ecosystem. There are lots of other social networks that are growing at a faster rate, that have more time and attention of users. And so, Twitter is not a place you're probably wanting to build a new platform on. It's probably a place to stay if you're already engaged, already have a following there, an engaged community there. But you don't want to start new on Twitter in 2021. 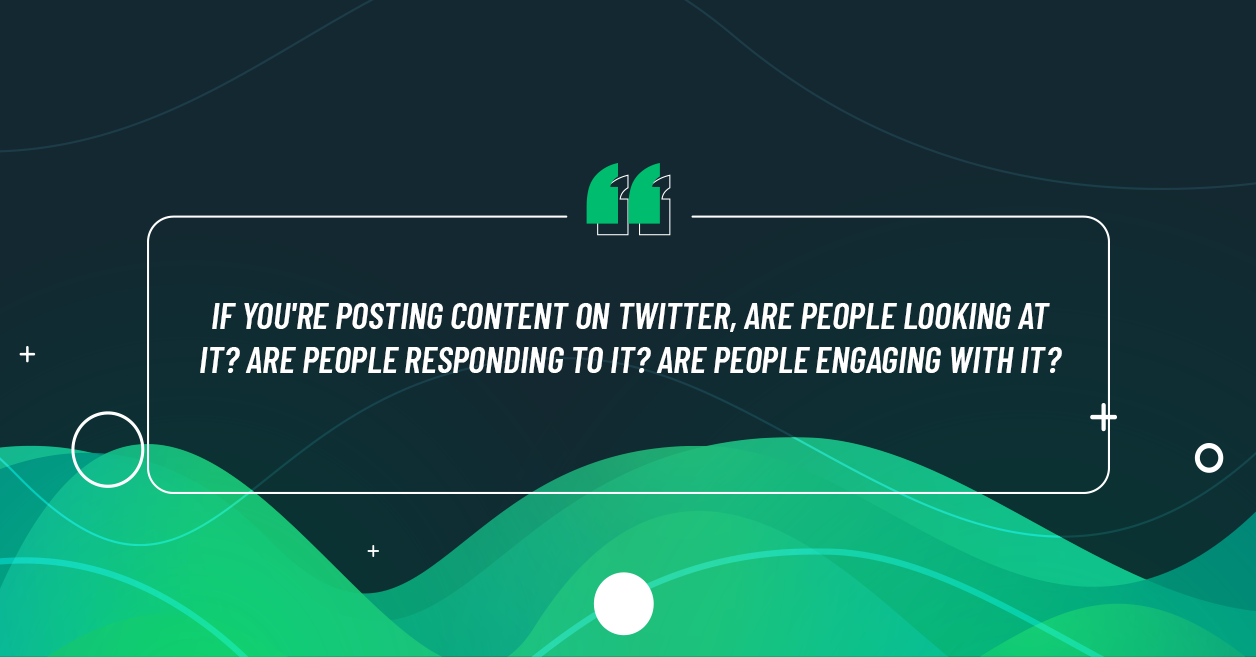 So here's the bottom line. Do you find value on Twitter? And so that return on investment of, if you're posting content on Twitter, are people looking at it? Are people responding to it? Are people engaging with it? And if so, stay on Twitter.

Now, it might be that you're not posting content on Twitter, but you're going to Twitter for news and information. I check Twitter daily. I check the trending because I want to see what's going on culturally in the world and in the United States and in New York City as it kind of gives me kind of customized trends based on where I am and my interest, as well as kind of the global trends that are happening across Twitter. It has become a part of The Future of Social Media.

So I love getting my news and information there. So just the time spent watching is worth the investment to me. But I will say from a content standpoint, I'm still posting to Twitter. I'm still tweeting. But it's definitely an afterthought. It's not the place that I'm really customizing content for ongoing engagement because I have seen such significant decline in engagement on the platform in comparison to engagement on Instagram or engagement on TikTok or some of these other developing platforms where there is more attention and there are new opportunities to gain and build new audience.

So that's the bottom line. If you're getting value, stay. If you're getting no value, bail. It really is up to you. But I will say, Twitter is not on the up and up, but it's also not dying. I still Believe in The Future of Twitter. Twitter's here and I think it's really niched in as a news platform. If you're in the news business, you've got to be on Twitter. But if you're just there to engage, just like any other social network to add to your list of social networks, it's not time to jump in and it might be time to bail. You've got to make that decision for you and your goals and with your time.

So I'd love to know. Are you involved, engaged and actively creating content for Twitter? Leave your Twitter handle below. And let me know what platforms you are spending the most time on today. Are you on Clubhouse? Are you on Instagram? Are you spending more time on YouTube? Where are you investing your time in 2021 or wherever it is that you're watching this video? Leave that in the comments below. Thanks so much for watching. Make sure you leave a thumbs up below. Hit that subscribe button, ring the bell and we'll talk to you again in the next episode.

3 Reasons Why I Believe in The Future of Twitter

How I Grew My Twitter Following to Over 100k