Non-fungible tokens have become the trend and many projects have developed, which have broadened their utility. With hundreds of new projects launching all the time, how do you know the best NFT projects to follow and invest in?

I started getting into NFTs two years ago, and have seen some great ROI and had some significant losses along the way. In this video, I share my top five NFT projects that I recommend as the best projects to start investing in.

In this video, I'm going to talk about my top five NFT projects. I started getting into NFTs about two years ago. I bought into a lot of different NFT projects that start with crypto kiddies, which I lost, another story. But now I've gotten into a lot more projects and some that I really believe in. So I'm gonna share my top five projects in this episode.

If we haven't met on Nils, it's so good to meet you. Historically, I've talked about social media. I've been the Web2 guy, but we're moving into Web3, and I'm trying to get ahead of it. I'm trying to help you learn what I'm learning as I'm learning out loud here through these videos.  As I've gotten into Web3, which is metaverse, blockchain, cryptocurrencies and NFTs, I want to share my top five NFTs. 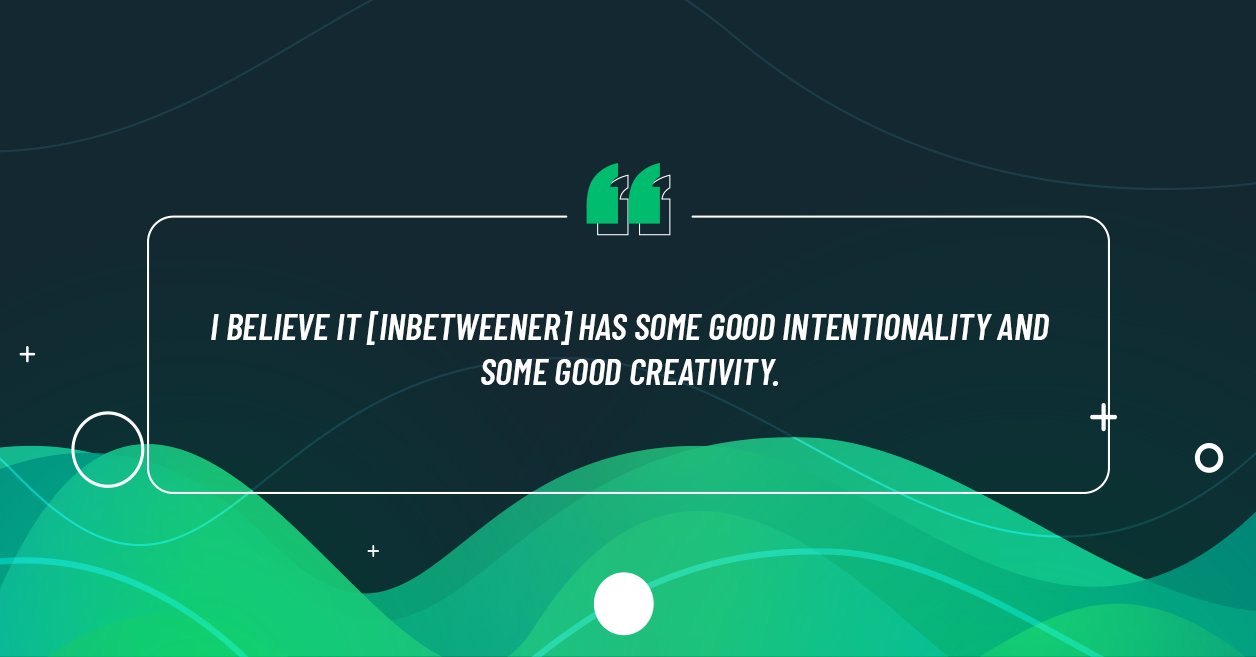 Getting started number five on my list is inBetweeners. Here's my inBetweener. That is, basically Justin Bieber's NFT project. If you're not familiar with inBetweeners, it's kind of a collection of teddy bears but it comes with different utilities. And so they even had some seating sections in Justin Bieber’s concerts and other things. Now, while I like Justin Bieber I guess, I don't really know a whole lot. I'm not a huge Justin Bieber fan, I do believe that he's just a creative genius. And he has a mass following that, they're Beliebers. My assumption in this project is that somebody with the kind of following that Justin Bieber does is going to be able to create value in this project. I think there's gonna be a lot of interest over time as more and more people enter the NFT space. So while it's not one I'm looking to hold for a long time, I do believe it's going to be very successful. I believe it has some good intentionality and some good creativity. So that's my number five. 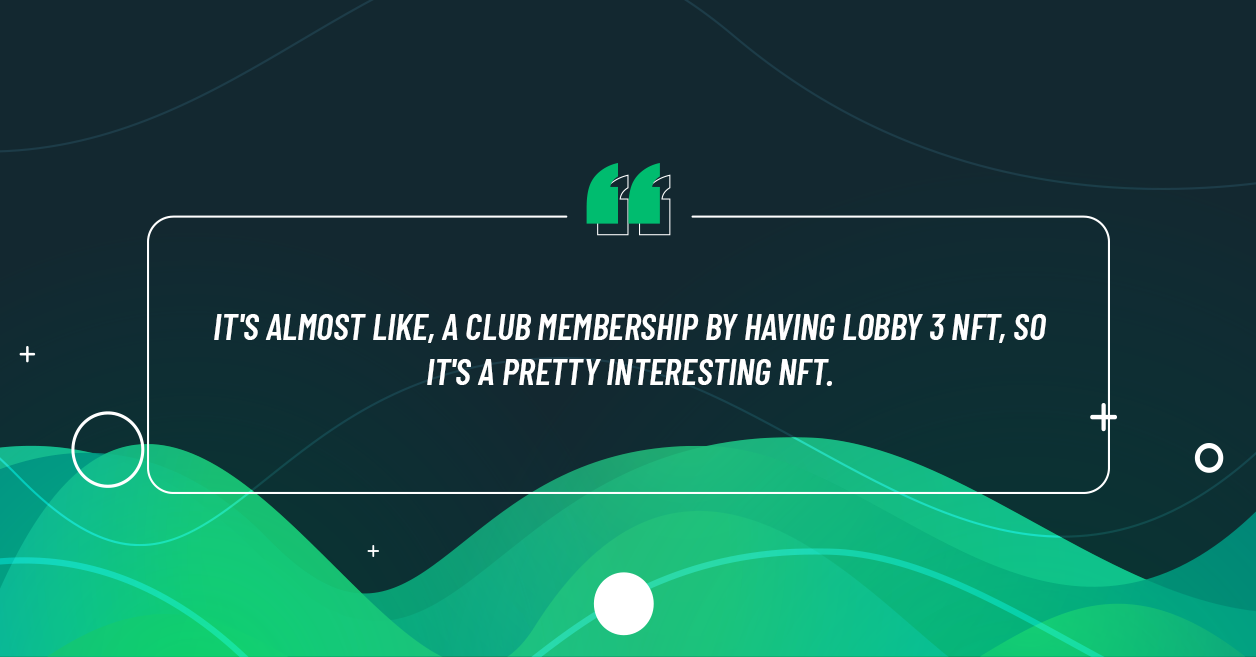 Number four is Lobby3, which was created by Andrew Yang. Andrew was the presidential candidate. Lobby3 is basically a lobby group that was created and funded by these NFT holders. Those people that bought in NFT, are able to then kind of collectively help create legislation for Web3, for cryptocurrency, for NFTs, for blockchain technology adoption, and what does that look like from a governance standpoint. It has been really interesting to have that NFT and they get invited into special calls and Q&A with Andrew or with other politicians to talk about the legality of cryptocurrency, the legality of Web3. Just even that utility of helping to shape governance into the future of this technology innovation is really interesting and exciting to me. It gives a unique value to that NFT holding it so I could sell it and then whoever owns that gets invited into these calls rather than me. It's almost like, a club membership by having that NFT so it's a pretty interesting NFT and I'm excited to be a part of that community. 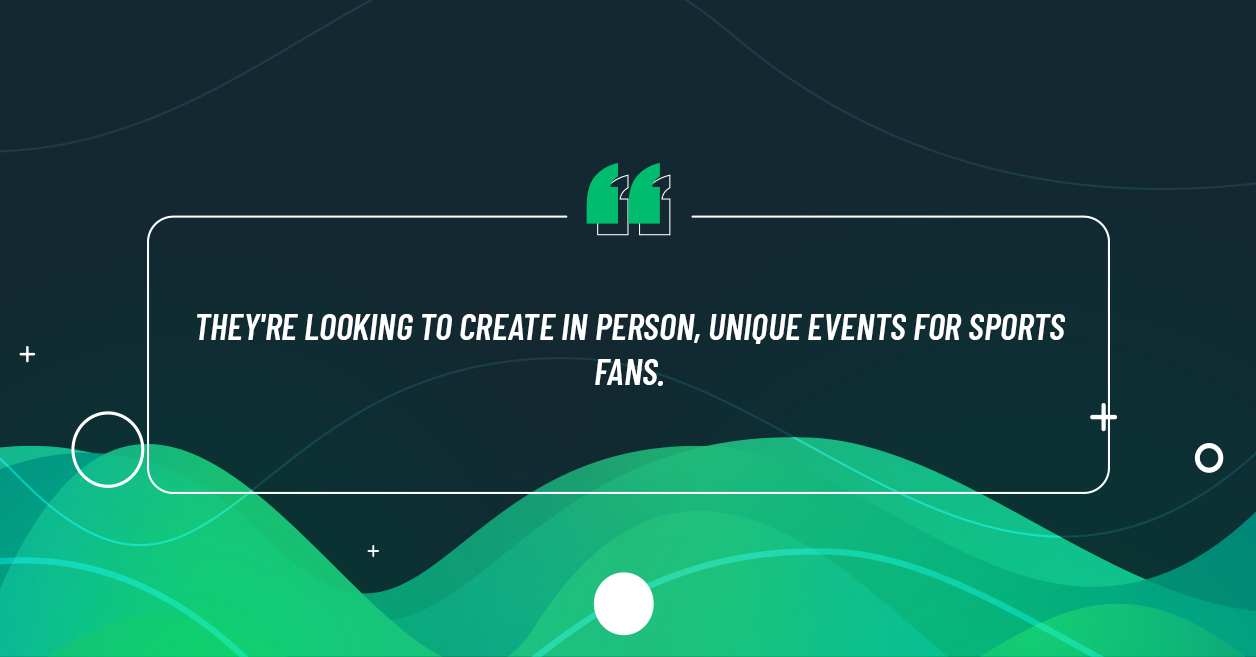 The third NFT project that I just got into is VaynerSports. Now this is a collection that was created. You might recognize the name Vayner for Gary Vaynerchuk. It was actually credited by Gary Vaynerchuk's brother, AJ Vaynerchuk and they have lots of different businesses together. They have a sports agency. They're big sports fans, I'm a big sports fan. And so as an NFT collector, and as a sports fan, they're looking to create in person, unique events for sports fans. With AJ also being based in New York, I made the assumption that some of those are going to be here in New York and easier to access. I'm interested to see what will happen with this NFT project. And so anything that a Vaynerchuk is involved in, I'm going to be interested in. You combine sports with that, and it’s just right up my alley. So it's a very new project that I'm invested in, but something that I'm looking to hold for a long time and a community I'm looking to be a part of for a while. So I'm excited about that project. Also, like a club that I'm a part of, by getting that NFT and being a part of that NFT community. 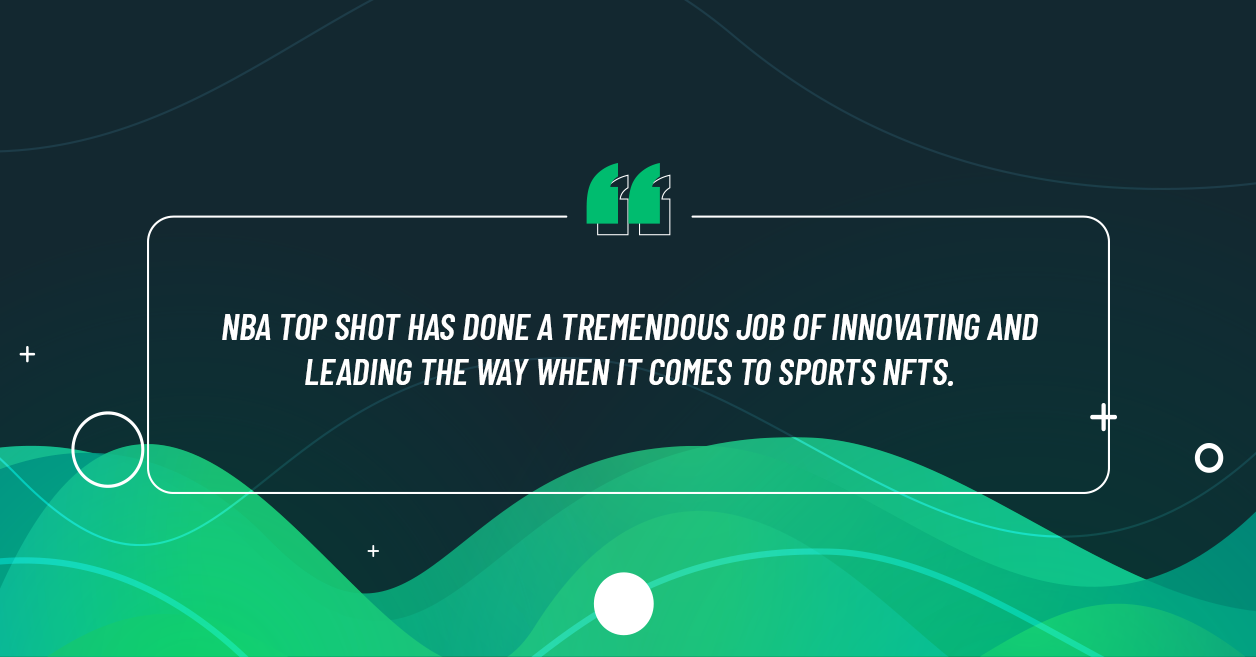 Number two is NBA Top Shot. NBA Top Shot is basically the original sports collectibles that, at least, those were the first NFT sports collectibles that I got into. They've done a tremendous job of just creating fan experiences with their NFTs. And basically taking digital sports cards, which have always been an image and then using plays. So you could actually get a bounce pass or dunk or block shot. And that maybe a 15-second video becomes your NFT. It's a really unique collectible, then you can buy and sell within their marketplace. And they've made it really easy with their dapper integration. It's a really cool collection. Really cool community. It's fun to get packs, you can buy like packs of three cards, and you gotta wait in line, it's really hard to get a pack and then when you open it, it's a really unique digital experience. NBA Top Shot has done a tremendous job of innovating and leading the way when it comes to sports NFTs. 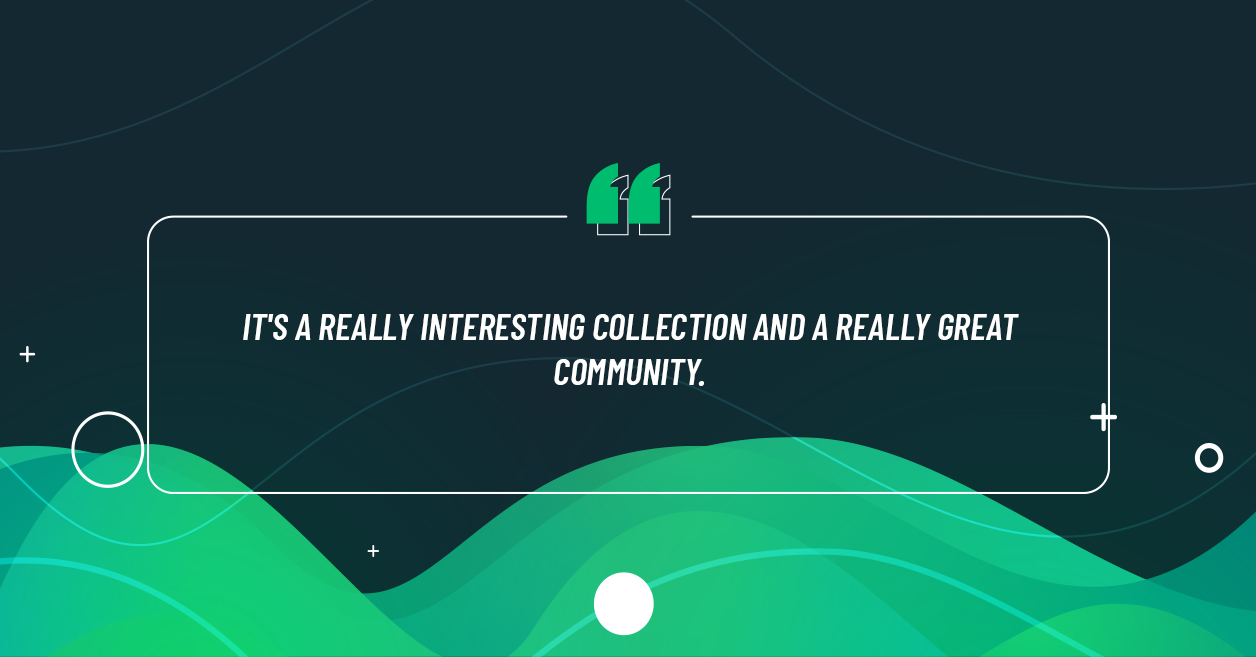 Alright, my number one if you follow me at all, you're probably already familiar. My number one by far is VeeFriends. I got into VeeFriends on day one, I bought two of the Version 1 VeeFriends. I've since gotten several versions Series 2 VeeFriends over like they're called Version 2, I think their Series 2, I've got book games, the Gary Vaynerchuk put out that's tied to the VeeFriends collection. I've just been a big fan of Gary Vaynerchuk and the way he has really built a community around his VeeFriends. One of the things he actually has done is for the original VeeFriends, you'll get a ticket to his conference for the first three years of his new conference Veecon. I actually sold my ticket to Veecon for the same price that I bought my original NFT for. So I've already gotten my money back on that NFT. It's a really interesting collection. It's a really great community. So that's my favorite. And that's what I'm hopefully going to be holding for the longest. There have been some extra drops of I've gotten other NFTs that get airdropped to holders of VeeFriends, which has kind of been a cool way to connect other projects into the VeeFriends community. 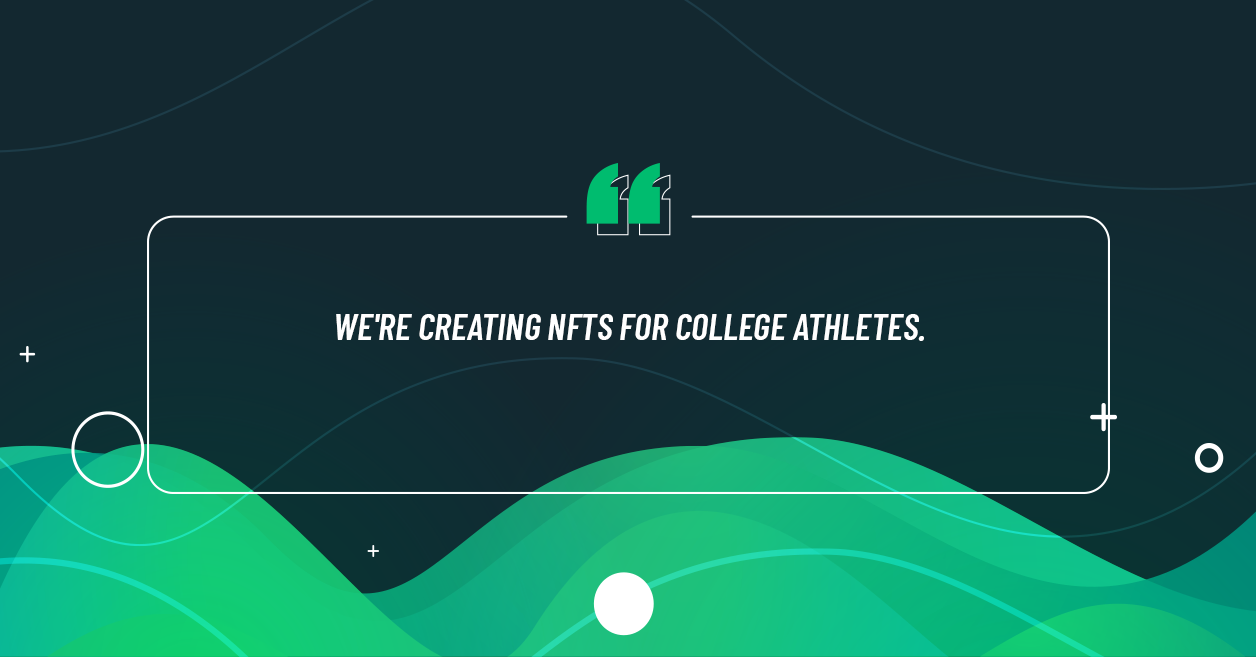 I've got a couple other honorable mentions that I want to highlight, because I think they're unique projects.

The first is a collection called Dapper Dinos. I actually got into this through VeeFriends as they were airdropping some of their Dapper Dino NFTs to Veefriend holders. I just like their collection. It's fun, dads that are behind the project. I just think it's a neat collection and something that I'm excited to watch and see where it goes and how it develops.

The second one I'll talk about is called Node Bears. And what they're essentially doing is they're taking the money that brought in for people buying their original Nodes, or their original NFTs and buying nodes, which actually create more cryptocurrency and then they're using that to buy more Nodes, to then auction off their other Nodes to Node Bears holders. They're kind of building this treasure chest in many ways that continues to grow kind of on an interest like structure. And then they're auctioning off those Nodes to their holders. In a really interesting way, every Friday, they auction off to Node Bears holders, so they're NFT holders, several Nodes. It's an interesting way to kind of enter an on-going lottery system for the lifetime of this NFT project until the treasury basically goes away. If it ever goes away, theoretically it will only continue to grow and continue to expand. But we'll see.

And then the last part Next I want to highlight is Crossover Collectibles. That is the company that I helped start. We're creating NFTs for college athletes. You can check us out crossovercollectibles.com. We got some cool initial NFT projects that I've released. But pay attention because we've got some really exciting things coming, and join our Discord because that is a great place to really be a part of the community and be the first to know when new projects are coming out.